We’re on the eve of celebrating of OpenSystems Media’s 40th anniversary with the 40th birthday of our first publication, VMEbus Systems, which directly follows the 40th anniversary of the VMEbus standard this year. However, the celebrations are bittersweet as we also mourn the loss of one of our company’s founding partners and the father of our current President Pat Hopper: Mike Hopper. Mike passed away on October 24. He was 84.

“I lost my best friend, business partner, and father to God in Heaven,” says Pat Hopper, Presi­dent of OSM. “He will be missed by all that knew him.”

Born January 18, 1937, in Detroit to Mildred and Frank Hopper, Mike graduated from the University of Detroit, according to Mike’s obituary in the Gross Pointe News, which you can read at www.grossepointenews.com/articles/michael-francis-hopper/. In addition to Pat and his wife Kate, Mike is survived by his wife of 55 years, Janet; his daughter Elizabeth and her husband Todd; and seven grandchildren.

In the early 1980s, Mike, an experienced publisher, was approached by VITA Standards Organization leadership to start a magazine on a new standard called VMEbus; in this role he would work with John Black – a co-inventor of the VMEbus technology while at Motorola – as his editor and partner on the magazine, dubbed VMEbus Systems (cover of first issue shown below), which is still around today as VITA Technologies. Mike ran the business side, with John handling the editorial; several years after that, the late Wayne Kristoff joined them to handle production. Thus, OpenSystems Publishing was formed. 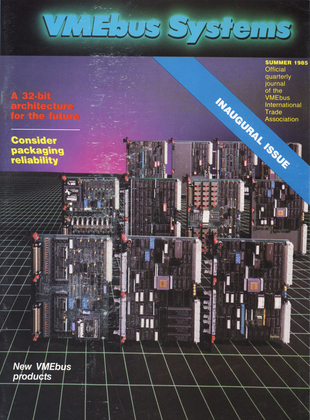 Close to 40 years later, the company – now called OpenSystems Media – reaches audiences across the globe and spans multiple brands in markets from automotive, aerospace, and defense to industrial, medical, IoT, and more.

The VMEbus standard, which marked its 40th anniversary in October 2021, might be the longest-lasting single standard in the history of computing; it has kept up with technology by supporting backwards compatibility while enabling technology upgrades and is still in use across a broad range of applications.

Released in 1981, the first draft of the VMEbus specification was written by Black, Craig McKenna of Mostek, and Cecil Kaplinsky of Signetics/Philips. VME was originally called VERSAbus-E by Motorola engineers, as it was based on the VERSAbus developed by Motorola, according to the VITA (VMEbus International Standards Organization) website. The VITA standards group was formed in 1985 out of what was the VMEbus Manufacturers Group. For more on these groups and other VMEbus history, visit www.vita.com/History.

I first wrote about the VMEbus specification in late 1996 in my 20s; now VMEbus is 40 and I’m over 50. Wow. But there’s more rust on me than on VME, as VME-based products are still being designed into military programs today.

“According to ‘The world market for VITA standard-based boards and systems – 2021 edition,’ VMEbus is still demonstrating a 2.8% growth in boards revenue and holding stable at 1.7% growth in systems revenue,’” reports VITA Executive Direc­tor Jerry Gipper in his most recent VITA Technol­ogies Editor’s Foreword, titled “Salute to VMEbus!”

In many ways, VME was the seed for today Modular Open Sys­tems Approach (MOSA) strategy being mandated by the U.S. Air Force, Army, and Navy as well as for the Sensor Open Systems Architecture Technical Standard.

“VMEbus pioneered much of the work in [MOSA], which paved the way for efforts like those undertaken by SOSA,” Gipper writes in his column. “The market awareness, ecosystem development, and policies established by VMEbus efforts are the foundation of many of the initiatives throughout the critical embedded computing industry today.”

Gipper notes that “few of the original VMEbus suppliers still exist under their company names of 1981, but many are still around as divisions and subsidiaries of today’s suppliers.”

I’m happy to note that the first VMEbus publisher, OpenSystems Media, is still going strong, and that its success and longevity can be traced directly to our co-founder Mike Hopper’s skill, acumen, and experience. So, while we celebrate the longevity of our company and the standard that launched it, our thoughts are with our colleague Pat and his loved ones. We are forever grateful for the company that Mike helped create all those years ago – a company that’s more like a family. 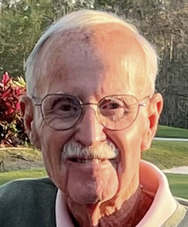 To leave a message for the Hopper family, visit https://www.youngcolonial.com/obituaries/Michael-Hopper-4/#!/Obituary.