Cost-effective, low probability of intercept and detection (LPI/D) networks can provide connectivity into the battlespace while remaining virtually undetectable and jam-resistant. Through appropriate integration, the benefits of 5G as a communications platform can reach deeper into the battlespace, and consequently can get into the hands of more soldiers.

Leveraging 5G communications platforms for the battlefield enables higher throughput and lower latency communications for critical and emerging applications while enjoying the cost and size benefits of commercial technology. Though the functionality promised is enticing, it does carry some operational limitations. While these limitations – primarily centered in spoofing, jamming, and unwanted signal detection – can benefit from technology such as smart antennas, the benefit is achieved only through the “militarizing” of the 5G user equipment.

If left unchanged, 5G services must be limited to the back edge of the battlespace. One alternative, however, which can bring 5G to the center of the battlespace, is to augment or extend the core 5G network to gain operational benefits that allow extension further into the battlespace without sacrificing the benefits of a commercial platform.

The problem with 5G on the battlefield

5G technology has a number of potential military applications, ranging from new methods of command-and-control (C2) and streamlined logistical systems to enlarging the amount of sensor data handled within intelligence, surveillance, and reconnaissance (ISR) systems and other data-intensive applications such as virtual reality (VR). All such applications benefit from improved data rates, multimedia support, and/or lower latency, all provided by 5G.

This improvement in data rate is only partially dependent on the 5G waveform, however. Higher data rates demand higher network capacity, which is enabled by creating smaller network cells, in effect trading distance for capacity and throughput. Nonetheless, as the smaller cell does increase capacity, it also increases the number of radios per subscriber while providing the signal-to-noise ratio necessary to support efficient data transfer, potentially putting 5G technology into the hands of more soldiers.

While 5G offers benefits, it suffers several intrinsic vulnerabilities: Although stable in a benign environment, risk is incurred if used within the harsh battlespace, primarily from intentional jamming and unwanted signal detection. As for jamming, the 5G waveform uses orthogonal frequency division multiplexing (OFDM), with information mapped onto a time-frequency lattice. As such, a jammer can selectively target physical broadcast channels or downlink control channels in both time and frequency. Though 5G synchronization signals are no longer statically located, spoofing is still feasible, albeit requiring a more sophisticated jammer.

Jamming or interference effects can be reduced through adaptive or smart antenna techniques, which would use space-time adaptive processing (STAP) combined with an antenna array to beamform to desired 5G signals while nulling interferers. In principle, it is possible to monitor for excess energy on any physical channel, with excess energy detection used to beam-steer the antenna system and null unwanted signals. While technically feasible, this approach significantly increases system complexity, size, power, and cost.

For some applications, the 5G signal is not appropriate because it is not covert in any meaningful sense. Any radio signal that can be detected can also be located, potentially putting soldiers in danger. If 5G is intended for actual battle operations, this characteristic limits 5G to the edges of the battlespace. While it could reach command centers, it does not safely support its use deeper into the battlefield.

5G networking technology may be extended into the battlespace through augmentation using existing low probability of intercept and detection (LPI/D) wireless-networking technology, an approach that could provide connectivity beyond forward operating bases and tactical operations centers to greatly expand the number of soldiers with access to 5G. The U.S. Army and other service branches continue to pursue research and development of new LPI/D solutions, with the goal of improving functionality while maintaining signal security.

Most cellular networks, 5G included, are broken into two functional groups: The core network, which provides gateway access to the cloud or internet; and the radio access network, comprised of cellular towers that transmit and receive radio signals from user equipment (UE). Within the 5G network, a connection is provided and capacity allocated between the tower and UE in a single packet stream operating as a single physical channel. If the UE is engaged in multiple simultaneous media services, data from these independent services may be merged into a single, shared packet. As such, the UE and its single connection becomes the bridge to the LPI/D network.

Conceptually, the network configuration can be depicted as seen in Figure 1. A virtual line runs through the battle zone, indicating a battlefront edge, a line of demarcation separating a safe operating zone – safe for 5G, that is – from a threat zone. This demarcation is the line beyond which 5G should not be extended to avoid unacceptable degradation from intentional interferers and to avoid detection. Placed along this edge are a set of UE/client devices, a bridge from the 5G network into the LPI/D client network, henceforth to be referred to simply as the client network. 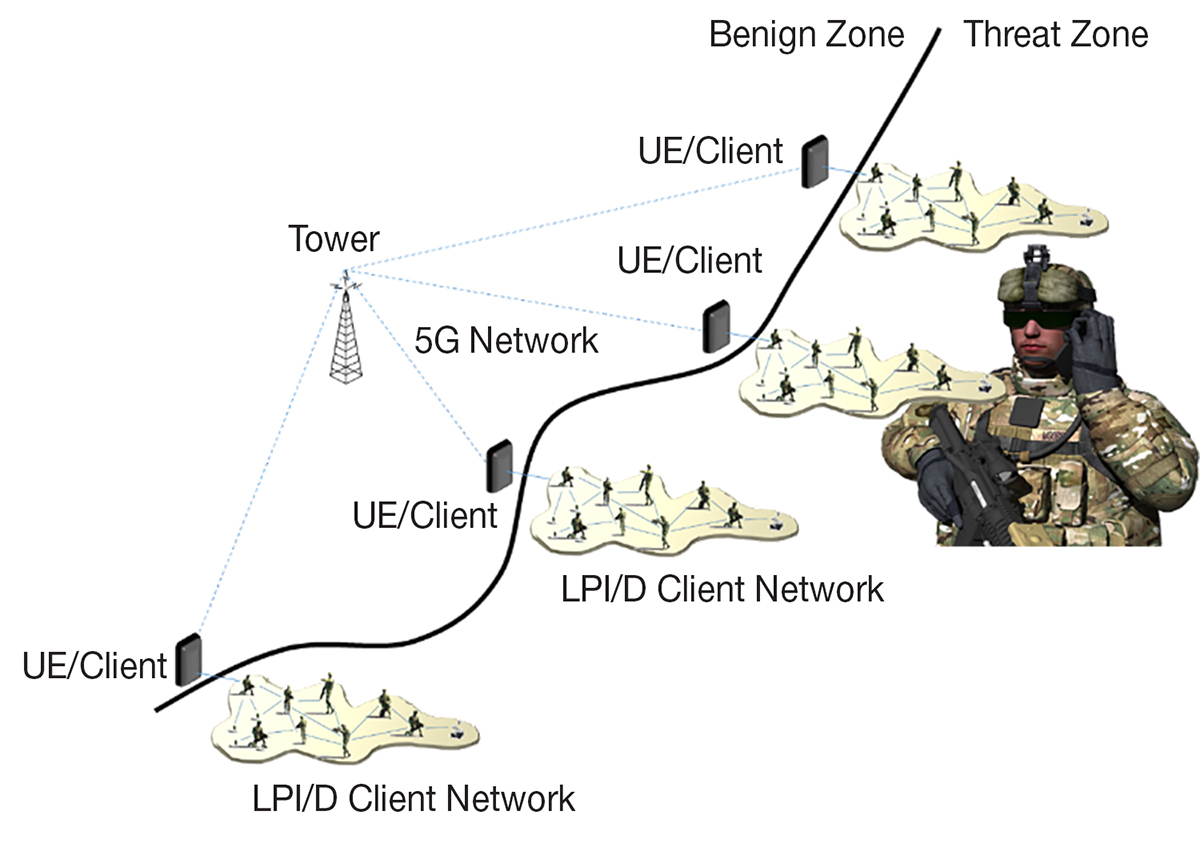 [Figure 1 | Network configuration, with a line of demarcation separating a “safe” operating zone from a “threat” zone. Benchmark Electronics illustration.]

While the 5G network operates as a single connection to the UE/client, the client network operates as one-to-many, a single host serving a moderately-sized network of connected users. The LPI/D network operates as full mesh, ad hoc, and multi-hop, supporting soldier mobility. The small and lightweight LPI/D radio, capable of being used as a handheld device, may be combined with the UE device to produce a solution approximately the size and thickness of two 5G phones placed back-to-back. The pair may be easily interfaced together using existing interface options.

This UE/client combination serves as the host for the client network. In this manner, the UE/client device serves as a bridge between the 5G network domain and the LPI/D domain. Cross-domain management is handled on the client side through the use of an appropriate adaptation layer and address mapping mechanisms. Once a packet is received on the UE side and forwarded to the client, the client network assumes full responsibility for ensuring the packet is forwarded and routed to the appropriate destination. Although the LPI/D network may be operated as multicast, communications within the network are generally unicast. Regardless, either technique can be used on the client side, depending on the services and needed connectivity. In this manner, services over the 5G network may be extended to the soldier in the form of images, video, data, internet, or even voice communications.

As all data destined for the client network can be handled within a single packet stream, this suggests that 5G’s native transport system can be used unchanged, with the application layer used to build cross-domain services. This strategy enables the use of an LPI/D client service within the 5G network without constraining this client network to 5G access standards. The 5G transport layers remain unchanged, with the communications protocol handled entirely at the application layer.

Functionally, 5G then becomes a neutral host to provide a set of resources to the client network. For the end users, this fact means that resources are provisioned and network communications handled in a purely native manner. To the end user, nothing has changed except that they may now enjoy services carried over the 5G network. Note that neutral host architectures have been deployed with existing WiFi and 4G technologies, thereby indicating that the same approach may also be leveraged for 5G.

5G: Reaching into the battlespace

Existing and emerging LPI/D wireless networking technology may be used to extend 5G communications into a hostile battlespace. Through cross-domain management, 5G and LPI/D networks may be bridged with minimum complexity. With the 5G network also operated as a type of neutral host, the LPI/D network may take part in 5G services while remaining largely transparent to the 5G architecture. In the end, it means that 5G services can reach further into the battlespace, enabling the services carried over 5G to be available to even more soldiers. 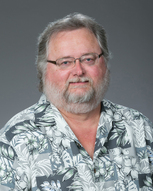 Jim Luecke is the director of design engineering for the Advanced Technology group at Benchmark. He and his team work with aerospace and defense customers on design-to-specification projects leveraging bleeding-edge technologies in RF connectivity, sensor fusion, and more.

Radiation-hardened integrated circuit tech in development for the space industry