The advent of unmanned systems reflects a huge aspect of warfare – that of protecting the warfighter – through the development of platforms that can be operated by humans from a distance, keeping them out of harm’s way. Some of these platforms are actually on the way to becoming fully autonomous. Hurdles in the way of both manufacturers and end users include interoperability and cost-efficiency. Although these hurdles are challenging, organizations including The Open Group and corresponding consortia have made noticeable strides to standardize in an effort to universalize otherwise complex unmanned systems.

Intelligence, surveillance, and reconnaissance (ISR) missions can be lethal for troops; as such, unmanned aerial systems (UASs) are ideally engineered for such scenarios. As the eyes and ears of treacherous military tasks, the unmanned platforms have become essential machinery on the battlefield since their initial development and use decades ago.

As both technology and war have evolved and progressed over time, so too have UASs and the operations that they are deployed to carry out. Requirements centered around withstanding longer missions, avoiding detection, and the implementation of countermeasure systems continue to drive UAS advancements and inspire innovations in hardware and software development.

While today’s missions have become more complex and require more processing power, unmanned platforms are running up against the need – requested by both manufacturers and end users – to simplify design and ease deployment. Moving away from platform-centric architectures not only encourages healthy competition in the market but could allow for more efficient operation and maintenance (O&M) in theater.

Open architecture initiatives led by such consortia as The Open Group, Sensor Open Systems Architecture (SOSA), Future Airborne Capability Environment (FACE), and Modular Open Systems Architecture (MOSA) are pushing for standards-based designs to ensure that these highly effective unmanned systems can keep pace with the evolving threat environment while remaining streamlined in their design. Officials believe that aligning UASs with the wave of standardization is the necessary next step in open architecture implementation.

UAS-centric missions are touted in the industry as being safer and more cost-effective than manned operations and have therefore become a near-ubiquitous aspect of modern warfare. The ability that unmanned platforms have to not only protect human warfighters but also to collect and process vast amounts of signals have cemented the UAS’s role in battle. Adoption of open architectures in this space has been gradual, however.

“Right now, if you look at any military avionics architecture, it’s very platform-centric,” says Ike Song, vice president of strategy in the mission systems division at Mercury Systems (Andover, Massachusetts) (Figure 1). “And the prime who owns that platform also owns that architecture. Plus that architecture is not really open. In commercial [applications] it’s a little bit easier because you only have two companies, Airbus and Boeing, but for military [applications] every single aircraft that’s out there, even within the same company, the architecture within their own avionics suite is different. So it’s really hard to adapt to those kinds of situations.” 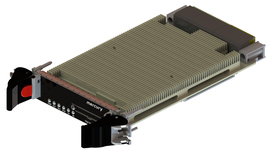 [Figure 1 | Mercury’s 3U OpenVPX LDS3517 single-board computer is powered by a Xeon D processor and is SOSA-aligned for maximum interoperability and technology reuse.]

Without what industry professionals identify as a top-down approach, the ease of implementation provided by open architecture designs is more difficult to achieve. Manufacturers are pushing for what Song describes as a “platform-agnostic” design, meaning one architecture that can be inserted into multiple platforms with little modification; both companies and standards organizations are noticing that their customers are advocating for platform-agnostic as well.

It’s the same for ground systems. “When talking about SOSA and CMOSS [C5ISR/EW (Command, Control, Communication, Computers, Cyber, Intelligence, Surveillance and Reconnaissance/Electronic Warfare) Modular Open Suite of Standards], the dream is that somebody could drive their vehicle to the depot and say, ‘My x-y-z card is dead and I need a new one,’ and then they would be handed a new one and could drive away,” says Jason DeChiaro, product manager at Curtiss-Wright (Ashburn, Virginia). “At no point in the conversation would they have to say what vehicle they’re driving or what variant of that vehicle it is. That’s a powerful statement, because today there are platforms with multiple variants that include different cables, mounting brackets, and hardware. With SOSA and CMOSS, you don’t have to worry about that since that’s part of the platform, not the mission payload.”

A major obstacle in progress toward making that dream a reality for manufacturers, end users, and the U.S. Department of Defense (DoD) has been the slow nature of the defense market’s acquisition process. In comparison to commercial avionics, which is far outpacing defense, acquisition requirements have resulted in the DoD being slow to adopt new technology. One major piece of progress: The Tri-Service Memorandum released in 2019 has mandated the use of open system architecture for new programs, a promising advancement for the acquisition and standardization communities.

“There’s a law that all new major defense acquisitions have to use MOSA architecture, and derived from that, there was a memo that was put out by the secretary of the Army, Air Force, and the Navy – a Tri-Service memo – that is mandating open systems architecture for all new programs,” DeChiaro says. “It called out specific things like VICTORY [Vehicular Integration for C4ISR/EW Interoperability], FACE, and SOSA. And each individual service has also expanded on that. So, with basically every new acquisition, even acquisitions that aren’t major defense acquisitions, we’re seeing the MOSA requirements.”

Progress is ongoing, and industry officials hope that these requirements will promote a more widely accepting environment for standardization and eventually begin to shape all facets of UAS development from individual system components to connectivity. UAS payloads specifically could see a significant impact.

Reliable communication is key in battle, and efficient dispersal and analysis of the data that UAS sensor payloads can collect could be vital to a victorious mission. As outlined in the Tri-Service memo, information-sharing across domains is essential to success on the battlefield. In order for sensor payloads on unmanned platforms to achieve this goal, industry officials assert that common standards will need to be a requirement.

There exists a corresponding push for standardizing not only the hardware- and software-­level components of a sensor payload, but also how that sensor system connects with control stations. Whether the sensor load is an electro-optical/infrared (EO/IR) sensor or a radar, proponents of standardization in UASs are confident that a modular, open architecture could support the needs of multiple customers. 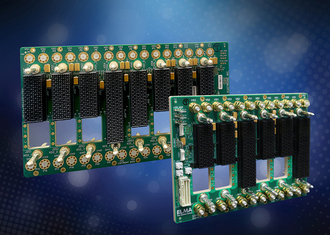 [Figure 2 | Elma Electronic’s 3U backplanes – aligned to the SOSA Technical Standard – are available populated with or without VITA 67.3 connectors for timing and RF connectivity, the six-slot and eight-slot backplanes designed to enable signal processing systems.]

Optimizing the unmanned sensor payload through standardization will in turn require advancements in connectivity. Next-generation technology like 5G could soon enable a more reliable balance between edge computing and ground computing for unmanned sensors.

“Some application standards, things like VICTORY and FACE, allow manufacturers to virtualize a lot of the hardware,” DeChiaro says. “The connectivity is over Ethernet now instead of all these discrete signals, which makes systems easier to upgrade later. These principles are applicable to all of the platforms, including unmanned.”

Connectivity is key: Unmanned sensor payloads can be rendered useless without robust signal processing. Esoteric, customized systems can be advantageous for an end user, but companies insist that in order to reduce cost and increase efficiency, standardized processing modules are critical for unmanned applications.

“The multimodal mission threads defined by SOSA describing SAR [synthetic aperture radar], EW, and SIGINT [signals intelligence], are tasking the participants driving the standard to define and build reference architectures to deliver useable and working building blocks,” Grob says. “Modularity is apparent across all areas and output of the standard; near-term DoD goals are driving initiatives to develop, field, and deploy systems defined with a specific purpose to prove out and test how sensors can operate in more than one mode, and potentially be rapidly reconfigured. The MOSA approach, of which SOSA is a key component, provides a significant contribution to the near-term planning, defined by involved service branches and labs within the DoD.”

Industry experts are confident that standardization will broaden the horizons for signal-processing technology in unmanned avionics suites. Officials also claim that an additional benefit of making open architecture a requirement could be an easier path toward equipping processors with artificial intelligence (AI) and machine learning (ML) capabilities. 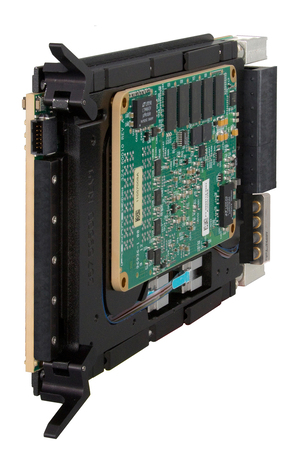 The implementation of these open-architecture initiatives is intended to push the adoption of next-generation technologies to authorize more efficient signal processing overall. From the moment that a UAS receives a signal, down to the second that it reaches the ground station, the way that the gathered information is processed and disseminated could be positively impacted by standardization.

With modular open architecture initiatives enabling more signal processing to be done directly on the unmanned platform, the ever-present objectives surrounding the limitation of size, weight, power, and cost (SWaP-C) could become easier to accomplish.

“While minimizing SWaP is not its most important objective,” Hosking says, “SOSA will inspire competition from vendors to provide more performance in their board-level products for wider bandwidths, higher channel densities, increased digital signal processor capabilities, and faster system interfaces. All of these can benefit SWaP in [UASs] by reducing the number of boards in [UAS] systems.”

With the edge computing traditionally being done on the UAS platform, space has been at a premium. Now – as industries see the maturation of 5G, minimal-latency connectivity, and higher throughput – manufacturers are confident that the previously mentioned balance between ground-station processing and edge processing could save space and minimize heat, while standardized architectures could reduce cost.

SWaP-C optimization in UASs isn’t a challenge exclusive only to the military. Commer­cial avionics and urban air mobility (UAM) markets are facing the same obstacles and can reap the benefits of modular architectures all the same; these industries just have the ability to address them more quickly.

The military-acquisition process is very regimented, but industry experts claim that they are seeing inspiration being taken from the commercial sector and UAM. Mercury Systems’ Song claims that seeing this activity in the UAM space is a hopeful sign for both commercial and military UASs because it could mean cycle time to develop new technology will be faster and could be leveraged for use in in defense architectures.

“[UAM] is trying many different architectures, more than you could ever dream of in commercial and military avionics,” Song says. “What that means: You’re going to have a lot of fragmented solutions in the meantime. But they are going to converge into two or maybe three architectures that will be the evolution of next-generation avionics architecture to implement in military unmanned avionics and sensor load.”