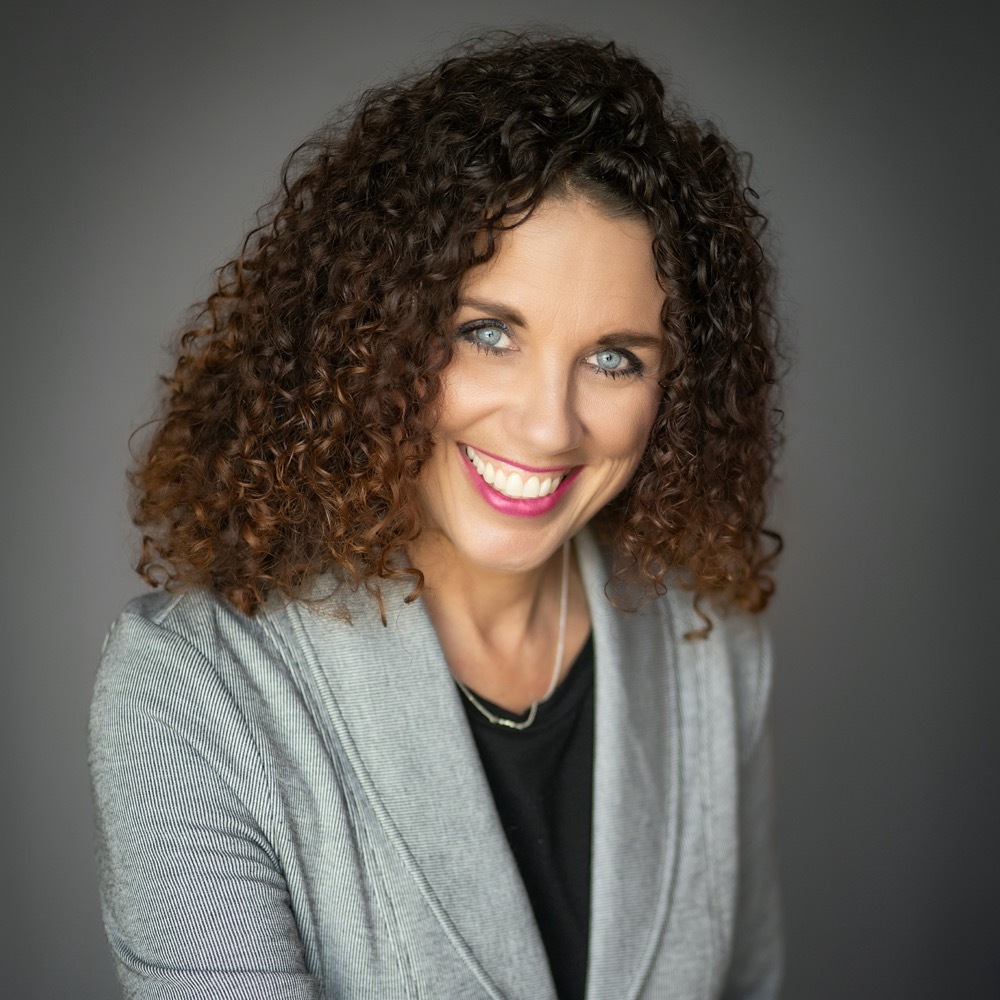 Unmanned aerial systems – UASs or drones – have been used for combat purposes since the early 1800s. Use of drones – and more conventional means of aviation – until recent times had been reserved for nation-states that spent billions of dollars building up their air forces. Today, however, due to low cost, wide availability, and versatility, both state and nonstate actors have increasingly turned to the UAS or drone to create catastrophic impacts across the globe.

Combat-related drone use ranges from intelligence, surveillance, and reconnaissance (ISR) to military strikes and targeted assassinations.

In January 2022, Yemen’s Iranian-backed Houthi rebels used bomb-laden drones to conduct a fatal attack on an oil facility and a major airport in the United Arab Emirates (UAE). This situation prompted UAE officials to ban the use of recreational drones in the country. About a year prior, the Houthis claimed credit for a similar attack against Saudi Arabia’s Abha airport; this strike was one of twelve prior drone attacks by rebels in the country.

These incidents are part of a larger trend of increased insurgent drone use, particularly across Afghanistan, Yemen, Iraq, Syria, and Turkey. In 2019, during a parade near Aden, Yemen, a weaponized UAS killed six Saudi-backed Yemeni officers when it exploded on top of them. That same year, the Taliban carried out drone attacks that killed security officers in northern Afghanistan. In Iraq, the Islamic State group has flown hundreds of drone missions, some of which dropped hand grenades on troops from above.

According to Robert Menti, Business Development, Northrop Grumman Armament Systems (Minneapolis, Minnesota) the 2020 Nagorno-Karabakh war between Azerbaijan and the Armenians presents a classic case study for what armed conflict will probably look like going forward. This decade-plus-long border conflict between the two countries culminated in the capitulation of the embattled city to the Azerbaijanis.

“Lots of disruptors happened in that event,” Menti explains. “We saw a lot of dual-use and commercial off-the-shelf (COTS) drone technology.”

During the intensely fought 44-day war, Azerbaijan employed a large amount of Turkish advanced technology such as remote sensors networked to strike assets, including weaponized drones, that overwhelmed opposition forces. Because the Armenians lacked an effective way to counter this tech, Azerbaijan quickly attained its objective of taking over the disputed area.

“Expect to see more of this in the future,” Menti says. “We know unmanned capabilities are exponentially growing at machine speed in all domains.”

ISR [intelligence, surveillance, and reconnaissance] and attack UASs are not limited to nation-states and rebels. Other nonstate actors – including criminal and terrorist networks – are using them to advance their own goals.

“These drone threats on the ground, in the air, and on the water are omnipresent,” says Northrop Grumman’s Kent Savre (Maj. Gen. Ret.), director for the company’s precision weapons operating unit. “We have seen this in the Middle East and in places like eastern Europe. Those same unmanned platforms can provide an asymmetric advantage to those who would do us harm right here in the homeland.”

In the U.S., cartels from South America and Mexico have been using unmanned capabilities to move contraband back and forth between borders. “It’s much easier to use a semi-submersible littoral vessel or drone to move illegal narcotics past our defenders, than to rely on an individual person or a truck as the mule,” Menti notes.

The cartels are not alone in using drones domestically for ill purposes: In June 2020, a UAS rigged with copper wires was discovered on a rooftop near an electric substation in Pennsylvania, presumably having been deployed by someone local to negatively impact the power grid there. This incident, the first of its kind reported widely in the press, was not made public until November 2021.

According to Transportation Safety Administration (TSA) statistics, drones have been more routinely posing a threat to aviation, surface, and other modes of transportation. From January 2018 through August 2021, individuals reported 2,476 drone sightings to the TSA across all modes of transportation. Just during 2021, from January 1 through December 19, a total of 1,848 UAS events were reported to TSA’s Transportation Security Operations Center (TSOC); of these incidents, 1,473 occurred near an airport, including 675 near Core-30 airports.

Core-30 airports are those airfields listed as significant to the national air transportation system, based on air-traffic operations and passenger boardings. The Federal Aviation Administration (FAA) currently monitors these 30 locations to gauge the progress of its plan to increase aviation system safety and efficiency.

The incidents involving UASs during 2021 accounted for an 119% increase in aviation and surface events over the previous year. Moreover, 45 of these events caused an aircraft to take evasive action, while three involved commercial aircraft.

Northrop Grumman’s Armament Systems team initially developed the Mobile Acquisition Cueing and Effector (M-ACE) to respond to the growing drone threat on the battlefield. The same team that developed and fielded the Bushmaster chain guns and medium-caliber cannons and ammunition for U.S. military and allied land, air and sea-based weapons platforms focused on providing troops a combat-ready capability to detect, identify, and track drones before these high-end effectors could even be used.

“In our design, we purposely targeted COTS to have a capable system for multidomain force protection that seamlessly integrates into other networks and sensors to provide fidelity end-to-end information to effectively mitigate enemy drones,” Savre notes.

The M-ACE enables long-range threat detection through a 3D radar that indicates an object’s direction, elevation, and range. Using multimission radar tech from SRC (Syracuse, New York), M-ACE can simultaneously detect targets on the ground, in the air, and from the ground looking at the water in the littoral area. Depending on the environmental conditions, it can acquire 360-degree visuals of small drones even beyond the 10-kilometer (6.2-mile) range. (Figure 1.) 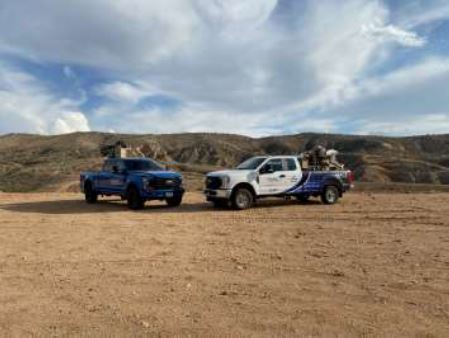 [Figure 1 | Truck on the left is the Bushmaster gun truck outfitted with M230 lightweight 30-mm chain gun that fires proximity fuzed ammunition that increases the ability to take down drones with a single shot. The truck on the right is outfitted with the M-ACE platform.]

The system also uses PVP Advanced EO Systems’ (Tustin, California) infrared camera, with built-in laser designator and pointer, to then autonomously track multiple radar-identified targets at once. Operators can also look through the camera for validation.

“We added in our AI/ML [artificial intelligence/machine learning] capability, called Dragonfly, to help determine if the object is a drone, bird, or Batman and to predict its next move,” Menti explains. The team named the AI/ML capability after the dragonfly insect which is known to be one of the most efficient aerial hunters in nature.

The Dragonfly automation also helps prioritize the highest threat and how it should be addressed, while also keeping track of friendly UASs in the area. The system looks at the physical characteristics of the aerial system and its operating frequencies and then takes this information and compares it against a database of information to quickly assess the target so that service members can rapidly make decisions on the battlefield.

“One of the key aspects that we provide with M-ACE is to reduce the timeline of the kill chain while still keeping a human in the loop,” Savre explains. “Likewise, the ability to have targets vetted by the system and having the cue put the system directly on target helps reduce the operator’s cognitive load in a multidomain battlefield, where they are having to constantly be on the lookout for air, ground, and sea-based threats.”

In combat, the cueing capability puts the networked gun systems right on the target in 3D to make it easier for the operator to quickly see and track the target, identify it as a foe, and quickly engage.

Engagement can range from deploying a particular effect to using the system’s predictive capability to indicate where the asset may land and sending personnel to confront the drone operator. Given the system’s plug-and-playability, defense and security agencies have a wide range of appropriate response options from passive detection and traditional radio-frequency (RF) jamming through kinetic options such as cannons, high powered rifles, missiles, and lasers.

M-ACE can be used in any area of operation as a dedicated system for tactical application for counter-UAS (CUAS) platoons or company hunter-killer teams; it can also be networked to other assets to leverage their effectors in a nondedicated role. When outfitted with jammers or other electronic warfare (EW) equipment, it can defeat enemy drones as a standalone asset. It can also send a cue to a separate gun truck or other effector on the network, or both; such a flexible approach enables bringing multiple unit effectors to the fight.

M-ACE also has domestic applications for border security, critical infrastructure protection, or general asset security, as well as for federal law enforcement for agencies with proper counterdrone authority. Currently, only a handful of federal agencies have the authority to mitigate careless, clueless, or criminal drones in the homeland. When the regulatory landscape allows, the company is ready to take the M-ACE to the commercial market.

“We designed M-ACE to be versatile and open architecture so customers can add on different sensors and effectors and integrate them with our open operating system,” Menti says.

According to Menti, the M-ACE can go on a truck, tower, or armored vehicle, or it can sit on a lawn. In its truck configuration, it can serve as a customized, multirole vehicle. Northrop Grumman has demonstrated the flexibility of the system by integrating M-ACE systems on F250 Ford pickup trucks and smaller vehicles, such as Toyota’s LC79.

According to Savre, “Every user’s situation is different. Our expert team-of-teams provides customized tools to address them.”

The system can be customized for desired optics, detection, and tracking equipment and communications capabilities. Users can also tailor relevant effectors, such as gun and weapon station type, fire control, and more.

Northrop Grumman has yet to field systems for nonmilitary clients, but has received interest from domestic agencies such as Customs and Border Protection, as well as from international customers in the Middle East and North Africa.

“We are working with our federal law-enforcement partners primarily right now, given legal limitations on countering drones in the U.S. Most customers want one system to handle multiple types of security requirements for close-in security. We provide that,” Menti says.

Dawn M.K. Zoldi (Colonel, USAF, Retired) is a licensed attorney with 28 years of combined active-duty military and federal civil service to the Department of the Air Force. She is an internationally recognized expert on unmanned aircraft system law and policy, the Law-Tech Connect columnist for Inside Unmanned Systems magazine, a recipient of the Woman to Watch in UAS (Leadership) Award 2019, and the CEO of P3 Tech Consulting LLC. For more information, visit her website at: https://www.p3techconsulting.com.

Sensor accord for space applications signed between CAES and Jena-Optronik