U.S. ARMY -- DUGWAY PROVING GROUND, Utah. Collins Aerospace recently demonstrated a unified network that the company says achieved the range and scale required to support the Army modernization and JADC2 [Joint All Domain Command and Control] initiatives for joint and coalition forces. The demonstration was conducted as part of the recent Experimental Demonstration Gateway Exercise 2022 (EDGE 22).

According to the Rockwell Collins announcement, the demo during EDGE 22 created a unified command-and-control network that used both ground and air platforms and connected multiple brigade combat teams and division assets separated by up to 365 km (226 miles) over rugged terrain. The integrated network was facilitated by an advanced tactical data link and a mesh network.

The intelligent gateway used during the demo included a cross-domain solution enabling multiple levels of security across the networks, which gave division commanders and partners access to a common operational picture that was aimed at enhancing situational awareness and enabling more well-informed split-second decisions without the need for costly new equipment or upgrades across the service. 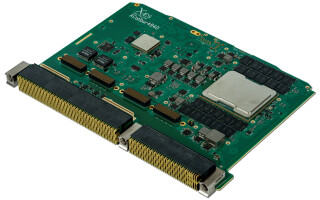