Enabling AI at the tactical edge

By David Huisenga and Wade Johnston

Artificial intelligence (AI) qualifies as a once-in-a-generation technology because it transforms so many aspects of warfighting, from speeding analysis of data from the Internet of battlefield things (IoBT) for more informed decision-making, to transforming weapons systems, soldier training, health monitoring, robotics, and unmanned systems. However, identifying battlefield AI use cases is far easier than developing the embedded hardware and software required to enable AI at the tactical edge. Gaining a better understanding of these challenges – and how to address them – can deliver asymmetric advantages to U.S. military commanders on the modern battlefield.

At a Joint Artificial Intelligence Center symposium in 2020, former Defense Secretary Dr. Mark T. Esper affirmed the stakes for those who fall behind developing AI. “History informs us that those who are first to harness once-in-a-­generation technologies often have a decisive advantage on the battlefield for years to come.”

Warfighters need access to as much actionable intelligence as possible at the edge to outmaneuver adversaries. There is a difference between access to data – which is certainly not in short supply – and access to data that can be rapidly processed and analyzed to inform real-time decision-making by commanders and warfighters.

Battlefield decision-making has historically been slowed by the limitations of tactical hardware and software compute and processing, which in turn requires information captured at the edge to cycle back to command data centers.

Key hardware and software challenges include:

Software presents a challenge as well. Software at the tactical edge must be able to operate when disconnected and must seamlessly sync to the cloud-hosted application when a viable connection is made between the edge and command environments.

Embedded graphics-processing units (GPUs) are key for military systems with heavy processing demands, such as those required for AI. The GPU, or chassis it is in, must be able to take wide-ranging AC/DC power. The GPU should be able to be easily swapped out as that technology changes very rapidly and the minimum specifications continue to increase. Detailed specifications are difficult to pinpoint because they vary widely depending on the application.

More processing power for its own sake is not the best use of development resources. Solutions should be built for specific military use cases and scenarios. Vendors must identify the AI capabilities the soldiers require computing power for, identify applications that can be run in vehicles, and then optimize hardware and software packages for SWaP and align with those user requirements.

Ideally, tactical GPU capable of taking advantage of AI/ML [machine learning] advances for edge environments follows a “design to use” approach. For instance, Army compute needs could be for soldiers on-the-move or ground combat vehicles; in contrast, for the U.S. Air Force, the use case could be something needed for a forward air base. Each service has different product-scale and size requirements engineers must take into account when developing solutions to increase processing power.

Military vehicle modernization is a challenge in terms of adding new equipment to power AI-enabled applications. AI and ML require a graphics-processing unit (GPU) that’s powerful enough to analyze moving images in real time, but GPUs with that kind of power simply haven’t been able to operate at the tactical edge due to power and space limitations. A primary reason for this is that the “radio” shelf space in ground combat vehicles is a finite space.

Hardware/software packages can be swapped in and out, but one cannot add power inverters and converters, uninterruptible power supplies, and modules to increase compute power without lengthy and costly vehicle modifications. This means in-vehicle tactical communications space must be transformed to enable applications like AI without requiring changes to the shelf space itself.

Open, modular, and scalable “SAVE” the day

The military’s Standardized A-kit/Vehicle Envelope (SAVE) specifications seek to address the military vehicle power and space challenge by providing guidance to industry partners on standards for the radio-shelf footprint. SAVE communicates to vendors designing platforms for these vehicles to the requirements regarding physical product attributes (width, height, depth, margins for vibration, and cable routes), connections (number of cables provided and types of connectors) and environment (vibration, temperature, and radiation).

Embedded solutions that meet SAVE standards deliver an open, modular, and scalable range of network, compute, and radio systems modules designed with a common form factor which allows users to repurpose existing equipment and the ability to easily add new capabilities as the mission dictates.

Additionally, these solutions should deliver the following capabilities:

No man is an island, but battlefields are

Commanders today – particularly those at the farthest edges of the battlefield – often operate in “disconnected data” battlefields that fall victim to a laborious flow of information between operational commanders and upper echelons. Data must first be sent back to headquarters for parsing, aggregating, and analyzing, then routed back to operational commanders in time to neutralize threats or gain the upper hand against adversaries.

At-the-halt operations have more flexibility via higher throughput bandwidth to connect back to higher-powered infrastructure (data centers, etc.). For on-the-move military operations, it is far more challenging to connect to more established infrastructure. How does all of this impact AI?

AI can automate the parsing/aggregating/analysis of data at the tactical edge, but to do so successfully requires edge computing platforms capable of running AI.

Extending tactical cloud to the edge

To improve instances of soldier decision-making, Special Operations Command (SOCOM) issued a solicitation during 2020 affirming its focus on maximizing AI that can run at the tactical edge for rapid synthesizing of data collected in these disconnected environments. This focus in effect automates analytics at the tactical edge and reduces dependence on analysts “outside the tactical bubble.”

Making AI at the edge a reality means making the cloud at the edge a reality, and those efforts are underway. A properly designed and built tactical cloud package will fit in any U.S./NATO military vehicle and enable deployment of database applications to leverage the power of AI and ML at the tactical edge.

Looking ahead, SAVE paved the way for open standards: As the U.S. Army makes progress on making C4ISR [Command, Control, Communications, Computers, Intelligence, Surveillance, and Reconnaissance]/Electronic Warfare Modular Open Suite of Standards (CMOSS) available, it will also be designed to the SAVE standard. CMOSS is a modular open systems architecture (MOSA) that converges select Army warfighting capabilities – such as mission command, movement and maneuver, and fires – into one system, versus the current method of integrating a multitude of separate capability “boxes” into vehicles.

In tandem with CMOSS designers to fit the open systems architecture into the SAVE envelope, the power of the cloud can enable AI, analytics, and other applications in the field with the Klas Voyager Tactical Cloud Platform (TCP). (Figure 1.) The TCP fits in a Voyager 6 power chassis, which is SAVE-compliant, and in turn fits in any U.S. military vehicle. TCP can be mounted and used while in motion, without need for retrofitting vehicles and equipment. 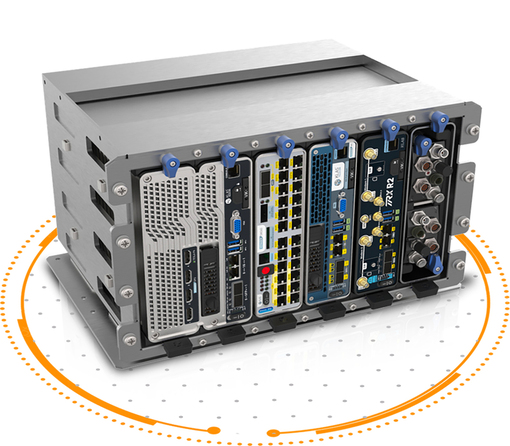 [Figure 1 | The Voyager Tactical Cloud Platform (TCP) fits in a Voyager 6 power chassis – which is SAVE SAVE-compliant – and in turn fits in any U.S. military vehicle.] 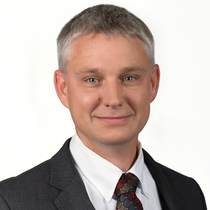 David Huisenga has served as president and CEO of Klas Government since 2013. Prior to his executive management roles, Mr. Huisenga spent over 20 years designing, integrating, and maintaining specialized data, voice, and video communications systems. Mr. Huisenga is currently serving on the board of the National Defense Industrial Association (NDIA) Washington D.C. Chapter where he served as chapter president in 2019. 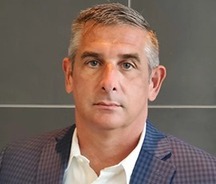