MOORESTOWN, N.J. A Space Fence radar prototype ? designed by Lockheed Martin engineers ? is in the process of tracking orbiting space objects. The radar system development, which is an Air Force program, will improve space situational awareness for the U.S.

The Space Fence system makes use of ground-based radars, and tracks, detects, catalogs, and measures objects in orbit as well as space debris. During a demonstration phase of the program the prototype radar from Lockheed Martin proved it can detect the “resident space objects,” which is what the Air Force calls them.

The Lockheed Martin-design uses a scalable, solid-state S-band radar, that has a higher wavelength frequency enabling it to detect much smaller objects than the current system used y the Air Force, company officials say. The final system will be able to track, detect, and catalog more than 200,000 objects.

The prototype came to be as part of an 18-month, $107 million Air Force contract, awarded early last year. The Air Force is expected to award the Space Fence production contract later this year. The first Space Fence site planned to be operational by 2017. 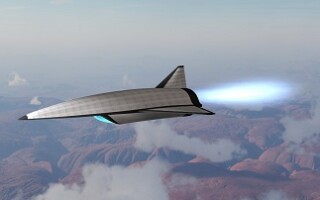