Not in 2021, for obvious reasons, but Jerry Gipper – who runs ETT while also serving as executive director of VITA – unlike some other event directors, decided against canceling and put on not so much a virtual conference or exhibition, but a virtual networking event. Even so, he managed to maintain the essential nature of the event: to educate the industry media on how open standards and open architectures are proliferating not just in defense and aerospace applications, but also in industrial, transportation, automotive, space, and IoT.

Responding to my question on which small-form-factor standards are being considered for SOSA adoption, Lipkin replied that the Small Form Factor subcommittee is looking at not only VNX (VITA 74) but also at ShortVPX. According to VITA, ShortVPX is a 100-mm-depth version of VPX that is still being developed within the VITA Standards Organization (VSO), with the concept having been brought up only at the end of 2020. Much discussion as well as work remains.

Lipkin added that while VNX, ShortVPX, and others are being considered by the subcommittee, they have not yet down selected to a particular standard.

Regarding VITA, Lipkin also noted that a new connector interface standard is needed, as the current one is getting dated. “Through SOSA activities it became apparent we need a new, more capable connector that will provide more” contacts (copper digital, coax for RF [radio Frequency], optical); bandwidth; interoperability; and room to grow. Lipkin also speculated if the time is right for optical backplanes for high-bandwidth data transfers with other signals over copper.

He ended by challenging the connector community to develop next-generation VITA connectors in four years or less.

While the presentation from PICMG’s Isquith mostly focused on applications outside the defense and aerospace arena, she did note that the Space Avionics Open Interface Architecture (SAVOIR) working group at the European Space Agency (ESA) selected CompactPCI Serial Space for multiple data-handling systems.

According to VITA, these standards define VPX connectors that support higher data rates, to at least 25 Gbaud – for protocols such as 100GBASE-KR4 Ethernet and PCIe Gen 4. Connectors compliant to VITA 46.30 or VITA 46.31 are intermateable to legacy VITA 46.0 connectors and follow the same form factor.

Gipper also plugged the upcoming 40th anniversary of the VME standard this fall and said he will soon be announcing celebration plans with fun retrospectives on the authors of the VME standard. Our sister publication, VITA Technologies, will also be highlighting the anniversary with content in its fall 2021 issue. Please contact our assistant managing editor Lisa Daigle at [email protected] for ways to participate.

While the news and updates were beneficial, the best part was seeing colleagues and old friends we’d normally see throughout the year at various events. The networking nature of the live event was preserved with the interaction among the panelists – which included presenters, media, analysts, and ETT organizers – and the audience through games and conversation.

“My primary goal was to save it and keep it on the calendar,” says Valerie Andrew, VP of Marketing for PICMG, Co-Chair of the SOSA Committee, and Strategic Marketing Architect for Elma Electronic. “[The virtual ETT] kept it alive and introduced some new people who hadn’t participated before.”

It was fun, but I miss seeing everybody in person. I'm reminded of a sign featuring astronaut Neil Armstrong I saw at a business aviation show about a decade ago. The first man on the moon was quoted about the importance of air travel in the sign’s text:

"Webinars and concalls are great, but nothiing beats being there. trust me." 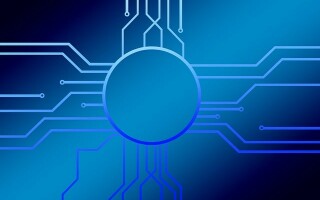