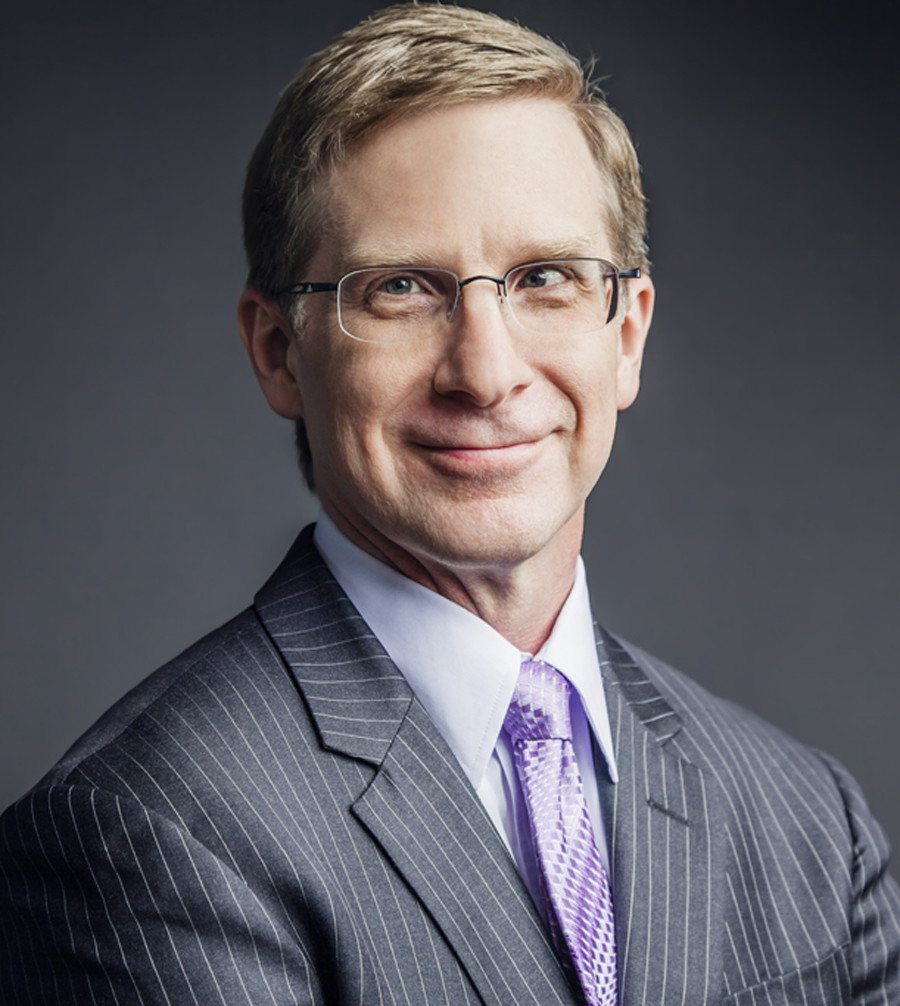 The SCA 2.2.2 architecture has achieved significant success in the military-communications market. Hundreds of thousands of SCA-enabled software-defined radios (SDRs) have been deployed to date; worldwide, dozens of programs are working to field more of these types of radios. The success of SDR lies in the benefits brought through adoption of the SCA specification: proven cost and delivery-time advantages, enhanced intercomponent interoperability, simplified insertion of new communications capabilities in deployed radios, and reduced development risk. Additional countries and new organizations have begun to explore the use of the SCA, which is driving a second generation of SDR market adoption.

Recent market studies have shown that SDR technology has become ubiquitous in modern tactical communications systems, with the total market for SDR-based tactical radio production estimated at $5 billion in 2015. The reasons stated for the extensive use of SDR in the tactical radio market are twofold. First, the defense market generally does not command sufficient volume to justify the fabrication of ASIC-based radio technologies prevalent in the commercial wireless sector. As such, the use of off-the-shelf programmable processing technologies inherent in SDR is the norm, making the deployment of software-defined radios widespread. Second, equipment manufacturers and their customers gain significant advantages by utilizing SDR technology in an environment where migration to a new communication standard is challenging.

A key technology in the deployment of many defense-related SDRs is the Software Communications Architecture (SCA). The SCA is an implementation-independent architectural framework that specifies a standardized infrastructure for a software-defined radio. Initially developed and published by the U.S. Department of Defense (DoD), the SCA is maintained by the Joint Tactical Networking Center (JTNC) in collaboration with various industry partners and organizations, including the Wireless Innovation Forum. The specification has significantly influenced the evolution of the SDR domain and its concepts have been used within multiple industries, products, and countries worldwide.

Advances in digital processor technology, increases in analog-to-digital sampling rates, and other technological developments have enabled the continuing growth of complex signal processing in the digital domain. This increase in digital processing has appreciably altered the architecture and design of radio systems. Recent generations of SDRs evolved to become highly software-intensive, complex systems facilitating further advancement of communications capabilities. SDRs have enabled more cost-effective radio platform life cycles by providing for the update and addition of system functions and features without requiring hardware modifications.

Prior to the establishment of the SCA as an open standard, these SDRs were developed using proprietary software architectures that tightly coupled hardware platforms and waveform applications in a manner that was unique to each manufacturer. The SCA has built upon the capabilities of these preceding generations of SDRs, moving today’s radios significantly forward by leveraging large-scale commercial software industry investments in technology and by promoting open standardization. The SCA specification and associated technologies facilitate broad software reuse and application portability across SDR platforms while enabling achievement of the key industrywide objectives:

The SCA provides a set of rules and constraints, which define the interactions between software applications (i.e., waveforms) and radio hardware platforms, leveraging an Object Oriented (OO) software paradigm and employing Component Based Development (CBD) technologies. CBD technologies are sometimes referred to the “industrial revolution” of software, fostering the advent of interchangeable software parts, built to predefined specifications. With CBD technologies, software components can be thought of as software integrated circuits with a set of defined functionality, performance, and input/output. Components can be assembled together to create entire applications, such as waveform applications for an SDR.

The SCA specification also defines a core set of open-system interfaces and profiles that provide for the configuration, assembly, deployment, and management of components, which ultimately comprise the software applications (e.g., waveform). The components of these software applications can be distributed across various SDR hardware processing elements in a manner determined by the platform developers that support the overall SDR requirements, hardware platform capabilities, and design, in conjunction with the SDR software design and configuration.

As with any technology, use in real-world environments highlighted improvements in the SCA specification that were necessary to enable further market penetration. Chief among these suggestions was improving the ability of the architecture to scale to address the size, weight, power, and cost (SWaP-C) requirements of certain radios, thereby enabling faster boot times, and improving support for the digital signal processors (DSPs) and FPGAs that are used in most radio architectures. At the same time, these improvements enhanced the ability to migrate legacy waveforms to an SCA model. The need for these improvements led programs such as the European Secure Software Defined Radio (ESSOR) program to define its own SCA-based SDR software architectures.

To support these capabilities, a new evolution of the baseline specification was needed, so in 2009, the Joint Program Executive Office for the Joint Tactical Radio System (JPEO JTRS) initiated the SCA Next project. The Wireless Innovation Forum brought the voice of the international community to the collaboration process, providing contributions from member organizations worldwide and from programs such as ESSOR. The result of these and other efforts was SCA 4.0, which provided improved scalability and better support lightweight and ultra-lightweight environments for development on resource-constrained processors such as DSPs and FPGAs.

In 2012, management of the SCA for the U.S. DoD was transferred to the Joint Tactical Networking Center (JTNC). The evolution of the SCA continued in November 2013, with a workshop hosted by the Wireless Innovation Forum’s Coordinating Committee on International SCA Standards (CCSCA) and with participation from the JTNC to further improve the SCA specification. Key areas for additional improvement defined at this workshop included better backwards compatibility with SCA 2.2.2 and additional updates to the Application Environment Profiles (AEPs) and Interface Definition Language (IDL) profiles. A work plan was established, with the Wireless Innovation Forum taking the lead in developing technical solutions in multiple areas.

Successful deployment of SCA 2.2.2-based SDRs has identified improvements to be made to advance the technology even further. The Wireless Innovation Forum has worked in collaboration with the JTNC to evolve the SCA. The resulting SCA 4.1 specification represents the future of defense SDR technology. More than 2,000 hours were volunteered by member representatives of the Wireless Innovation Forum to develop these solutions. Their efforts resulted in five recommendations that have been incorporated into the SCA 4.1 Draft Specification:

At the time of this writing, the SCA 4.1 Draft has been released by the JTNC, the comment period has closed, and the issues are being adjudicated by the Wireless Innovation Forum to include adding better support for multicore devices and other relevant technologies. The final specification is anticipated to be released by the end of this year. Early implementation results show that the proposed changes have been positive, with early adoption being considered in multiple products and programs. SCA 2.2.2 was in use for almost 10 years; it is anticipated that once released, SCA 4.1 will remain a stable, core reference specification for some time. Near-term enhancements to the SCA-based set of standards will likely lie, therefore, in the development and harmonization of application programming interfaces (APIs) completing the core specification. APIs in development or under consideration include:

A number of artifacts have also been discussed supporting the migration to this new specification, including an SCA 4.1 users guide, a SCA 2.2.2 to SCA 4.1 porting guide, and definition of industry-agreed metrics for measuring waveform portability.

Future of radio in defense

SDR is a dominant technology in defense communications, bringing multiple benefits to radio manufacturers and their customers worldwide. The SCA is a proven framework supporting these SDRs, with more than 400,000 SCA-enabled radios currently in deployment. With its component-based design approach, the SCA has changed the way radios are developed, enabling a higher degree of deployment flexibility and leading to cost reduction when supporting multiple missions. From an original DoD vision of a standard military radio development architecture, the SCA – with version 4.1 – has moved forward as an international specification, with government and industry collaborating to leverage the technologies the SCA combines to advance radio communications as a defense capability.

Lee Pucker is the CEO of The Wireless Innovation Forum, a nonprofit “mutual benefit corporation” dedicated to advocating for the innovative use of spectrum and advancing radio technologies that support essential or critical communications worldwide. Lee is a certified association executive (CAE), a project management professional (PMP), and holds a BSc degree from the University of Illinois and an MSc degree from The Johns Hopkins University. Readers may reach him at [email protected]